A natural habitat refuge for old, sick or needy, retired Zoo and Circus Elephants. 2700 acres of pastures and forests, where these complex and highly intelligent creatures can live their remaining years amongst their own kind, without chains or dominance. No longer forced to live in the less than adequate confines of all too many Zoos, (read a very informative Washington Post article on the subject here: Let the Zoo’s Elephants Go) nor required to perform tricks for the amusement of Circus patrons, these survivors are encouraged to live as Elephants, without the intrusion of human visitors. However, "The Girls" (they are all female pachyderms, Asian & African, living in separate habitats) have countless admirers and supporters, who regularly look in on them via the live "EleCam" viewable at: elephants.com 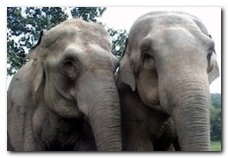 In 2006 the Sanctuary experienced rapid growth due to the arrival of several new Asian residents from the Hawthorne facility in Illinois and the construction of a new larger Asian Elephant barn. Another major project - The Welcome & Education Center in Hohenwald - was completed in 2010. The Center enables visitors and particularly children, to learn about these sensitive and fascinating beings. In 2015 The Sanctuary celebrated its 20th anniversary and can be justly proud of its numerous victories and considerable accomplishments to date. Few places exist in the world where enlightened thinking and compassion are applied as caringly in the treatment of our fellow beings.

The Elephant Sanctuary in Tennessee, founded in 1995, is the nation's largest natural habitat refuge developed specifically for endangered African and Asian elephants. The Sanctuary operates on 2,700 acres in Hohenwald, Tennessee - 85 miles southwest of Nashville. elephants.com

"The Girls" enjoying their spacious surroundings 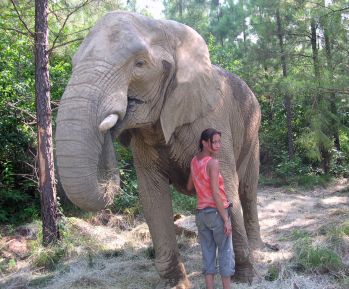 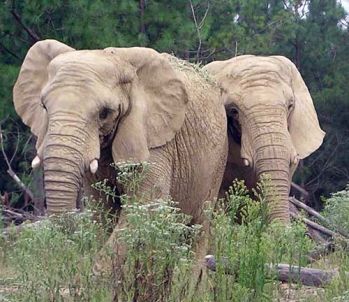 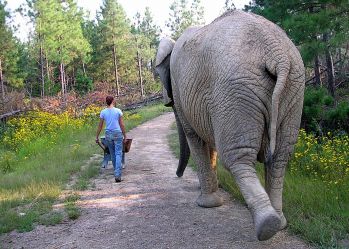 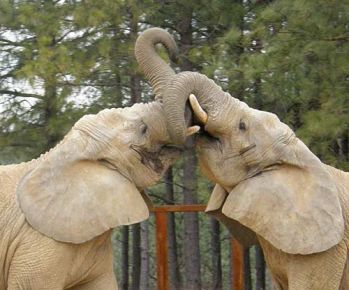 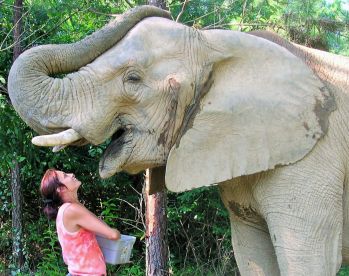