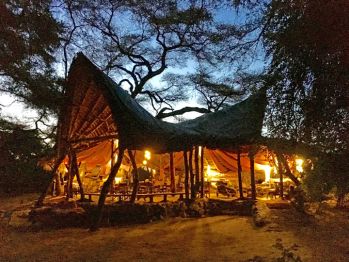 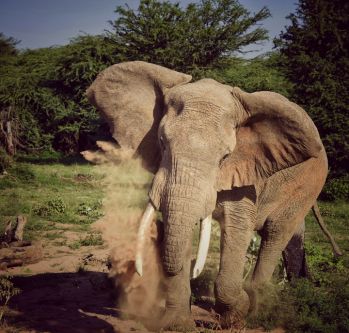 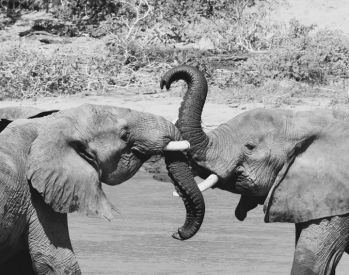 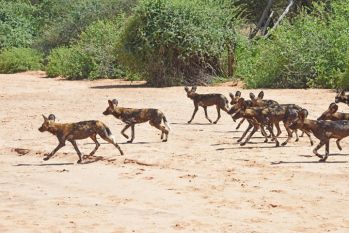 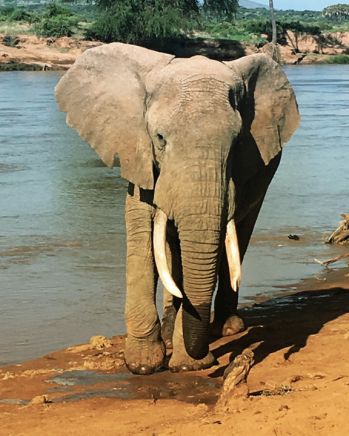 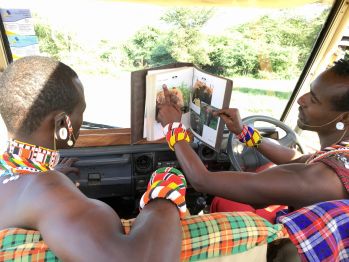 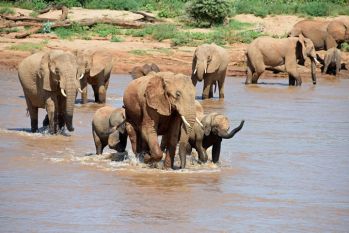 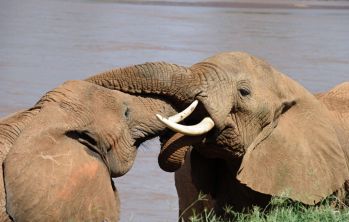 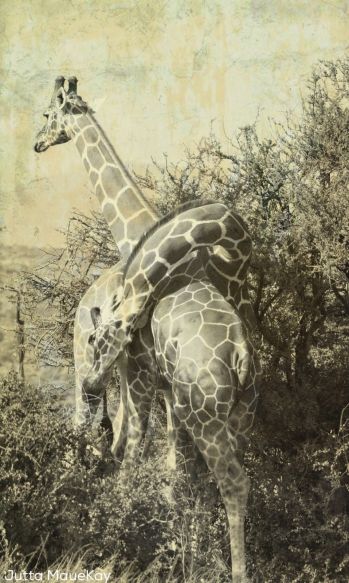 Iain Douglas-Hamilton - the man we like to call the Godfather of Elephant research - became the first person to study the behavior of African Elephants when he, in 1965 at age 23, went to set up camp in Tanzania's Lake Manyara National Park. Practically nothing was known about Elephant social life, their ranges and movements at the time. However, Iain's observations during the following years provided much insight and a greater understanding of the ways of the Pachyderms. These years are wonderfully described in the book "Among The Elephants" written by Iain and his wife Oria. We had known about Iain's work for quite some time but more recently took an interest in "Save The Elephants", an NGO founded by Iain in 1993. Its main research station is located in Kenya's Samburu National Reserve where Elephant studies continue to this day. While visiting the Lewa Wildlife Conservancy in December 2014, we met with Iain's son-in-law Frank Pope, who flew down form Samburu to give us a great deal of information concerning STE's various initiatives. We found the "Elephant Crisis Fund" to be of particular interest. It provides financial assistance and support to Wildlife Rangers in other African countries where Elephant poaching is rampant and governments are unable or unwilling to combat this crisis. While this is only one of several missions the Fund focuses on, it's one of great importance to us and a major reason why we decided to become Save The Elephants donors. A couple of months ago we met Iain at a fund raiser in California and had a chance get to know him a little. Our brief encounter confirmed that we had made the right decision. We look forward to learning more about STE's progress when we meet Iain and Frank again in September at the Wildlife / Elephant Summit in Jackson Hole.

We did indeed reconnect at the Wildlife / Elephant Summit and while there also met Iain's daughter Saba who had come to speak at the Summit. During some private time we - Iain, Saba, Frank, Jutta and I - discovered we had more in common, aside from our love of Elephants, than we suspected. Jutta and I then promised we would come to Samburu, stay at Elephant Watch Camp - run by Saba - meet Oria, Saba's Mother and Iain's wife, spend time with the Elephants and learn more about Save the Elephants work. And so in May 2016 that's exactly what we did. It would be difficult to explain how truly unforgettable our visit was without gushing, so let's just say it was extraordinarily special and we plan to return before too long.

To secure a future for elephants and to sustain the beauty and ecological integrity of the places they live; to promote man’s delight in their intelligence and the diversity of their world, and to develop a tolerant relationship between the two species.

my little flower child. the ears have it ;-)

Bernard looking over the grand vista and sacred mountain of Samburu

elephant ones at the STE Center

Gorgeous leopard Orion we saw on one of our drives

the 2Kays doing what they love best

a special moment in the bush

a beautiful and graceful generuk