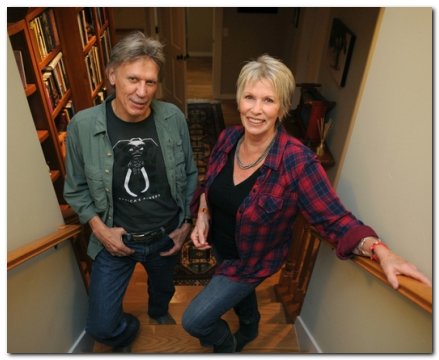 John Kay was born in East Prussia (then part of Germany) at the end of World War II. Trapped behind the iron curtain his first distinct memory is a daring nighttime escape with his mother to West Germany. While growing up in Hanover, John was profoundly affected by the American rock 'n' roll he heard on U.S. Armed Forces Radio. Though he didn't speak English at the time, the music's primal energy touched something deep in him, instilling both a driving ideal of personal freedom and an abiding interest in American culture. In 1958 he immigrated to Canada and continued his love affair with music, performing as a folk and blues singer throughout North America before joining the rock band The Sparrows which became part of the scene happening in Toronto’s Yorkville, later, San Francisco’s Haight Ashbury and finally LA’s Sunset Strip. There in 1967 Kay formed Steppenwolf, which quickly became one of the world’s foremost rock n’ roll bands releasing such standards as "Born to Be Wild," "Magic Carpet Ride” “Monster”, which today stand amongst Rock's most indelible anthems.

Supported by an intensely loyal following, John Kay and Steppenwolf continued to record and tour internationally until 2007 which marked the band's 40th anniversary and also their last year of intensive touring. Although John Kay still plays a limited number of concerts with the band each year, he does this primarily in order to continue the funding of the Maue Kay Foundation which he and his wife Jutta created in 2004. After becoming increasingly occupied with their foundation's work, they sold their Music Business related assets in 2010 and have devoted their time and energy to the foundation's mission and projects ever since.

For more information on the history and music of John Kay & Steppenwolf
please visit: www.steppenwolf.com 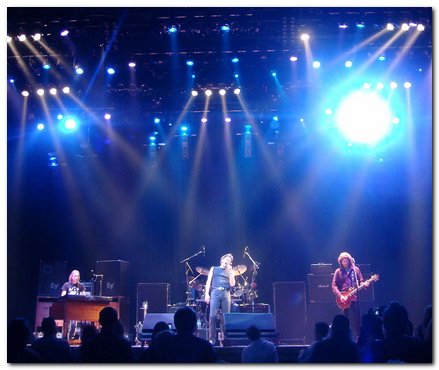